The opportunities on Coal price 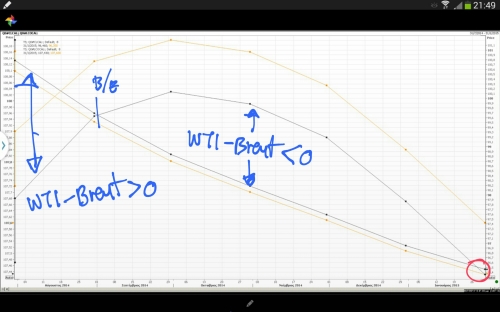 Brent euro denominator in opposite movement

Forex trend in opposite of Brent driving oil more expensive for Europe than if euro appreciated. 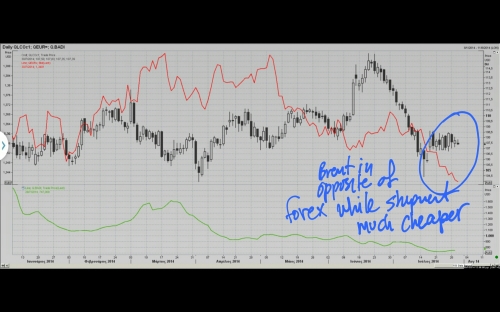 Brent Contango in Front months and than back to backwardation

It’s a long time to see Brent forward curve to change to Contango in the front months and than back to backwardation while WTI firmly in backwardation increase the spread. Asian refineries turn to Atlantic crude while the US exportation discussion still open increase the prompt excess supply. Will this last for a month?

Significant drop in the Greek 10y Bond YTM from previous levels of > 6% the relevant Turkish at 8,57%

What we wrote for Brent Contango and what Platts said

Brent Volatility Decrease from the levels of 20%

Brent At the money volatility “backwardation” and smile decrease 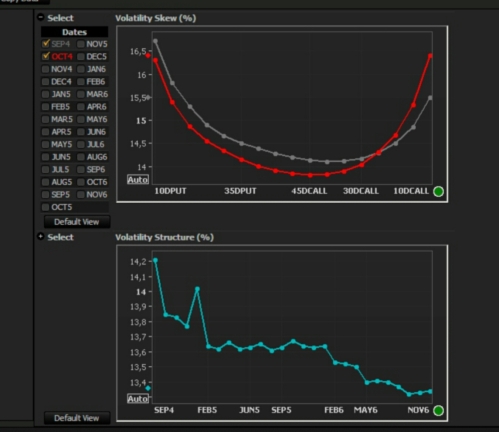 construction is to be finished end of 2014 and begin of 2015 at the Baltic port of Swinoujscie with an investment cost of about $977.2 million and a capacity of about 5 billion cubic metres of gas per annum, expandable to 7.5 billion. First cargo sourced from Qatari liquefied natural gas (LNG) to cut reliance on Russian gas imports which stand around 70% of annual gas consumption ~ 16 billion cubic metres. Since 2009, Russia supplied 91 percent of Poland’s gas, Poland has doubled the capacity of a pipeline link with Germany and built a new link to the Czech Republic.

Under an agreement signed in 2009, Poland’s state-controlled gas distributor PGNiG PGN.WA will buy 1 million tonnes of LNG annually from Qatargas, the world’s biggest LNG exporter, for 20 years at a price linked to crude oil.

The “take-or-pay contract” requires PGNiG to begin paying for LNG whether the terminal is ready or not. Delays in building the facility have led Poland to negotiate with Qatargas over ways to avoid having to make payments without receiving any gas. ($1 = 3.0700 Polish Zlotys)